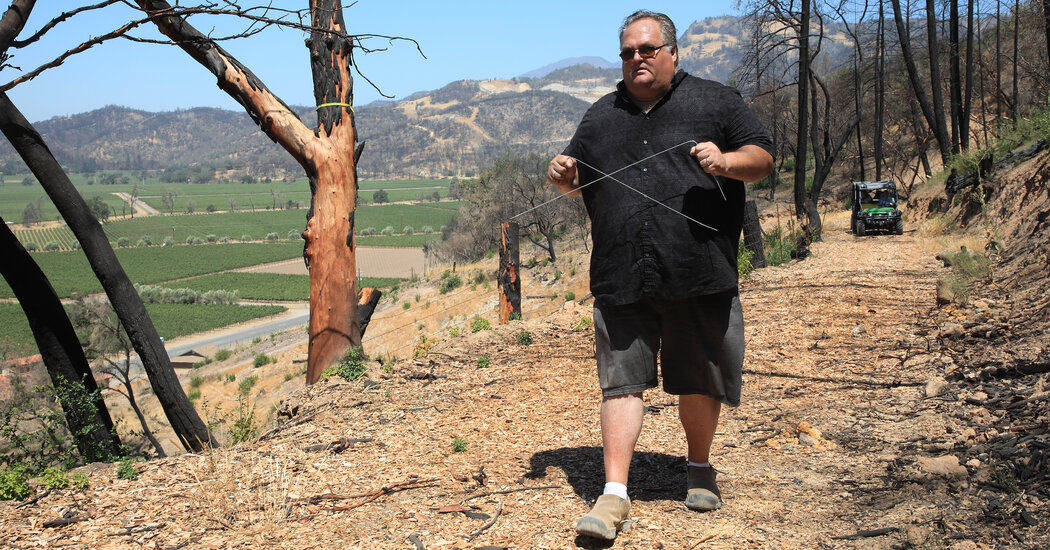 He and some others who water dowse are blue-collar workers deeply familiar with farming, yet whose beliefs in the “sixth sense” or “subconscious happening” of witching are decidedly more New Age than agricultural. Many say the knowledge of their craft has been passed down to them by their elders, and they revere the ancientness of the practice, even if it sometimes earns them a sideward glance. “People think you’re crazy,” said Larry Bird, 77, a Sacramento-based dowser who learned the method from his grandfather, a melon seller from Pawnee, Okla. He described the sensation of being close to water as being akin to a magnetic field. “It leaves me hot,” he said. “Just like if you short a battery.”Sharry Hope, a longtime dowser based in Oroville, Calif., says standing over water leaves her with a “chilling sensation.” Ms. Hope claims she learned one of the techniques she uses to find water on maps from a former military officer: She swings a pendulum until it stops and points toward a “water vein,” Ms. Hope said. “I just mark it with a Sharpie.”Though scientists and groundwater experts make clear that the dowsers’ methods are unscientific and amount to a kind of hocus-pocus, dozens of vineyards in the wealthy winemaking regions of California have hired them to find water on their lands. One company that manages vineyards in Napa Valley has hired dowsers across nearly all of the more than 70 vineyards it manages. “I haven’t ever used a geologist to find water,” said Johnnie White, the operations manager of the company, Piña Vineyard Management. The owner of another company said Mr. Thompson had successfully located wells on several properties. “Seeing is believing, right?” said Doug Hill, who runs Hill Family Estate, which manages several vineyards and a winery in Napa Valley.
Source