A Rosé by Any Other Color 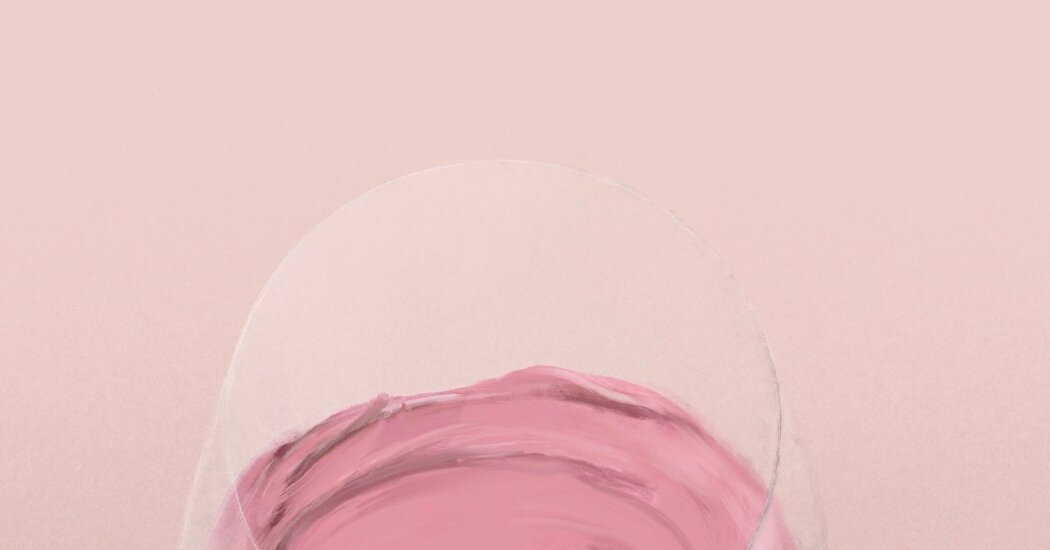 The three were also made with entirely different grapes. The Broc was primarily valdigué, a variety once called “Napa gamay” in California, along with some zinfandel and trousseau. This blend might seem to account for its garnet color. Instead, as has been traditional in the Southern Rhône, the white is used in a red blend to add freshness. As with the other two wines, the color was achieved by macerating the red grapes with their skins just long enough to reach the desired shades. Beyond color, origin and production, the wines differed quite a bit. It was just 11 percent alcohol, the kind of wine you could drink for refreshment at the beach or by the pool. This fit in well with the popular conception of rosés as simple, easygoing wines, although I would say the Broc was a superb example. The Trinquevedel was entirely different. The Tiberio was likewise bigger and more serious than the Broc at 14 percent alcohol, but with more acidity than the Trinquevedel. It was light enough for shellfish yet juicy enough to stand up to something heartier, like roast chicken. Meanwhile, the Trinquevedel seemed sturdy enough for a veal roast or Umbrian-style rabbit or chicken cacciatora.
Source