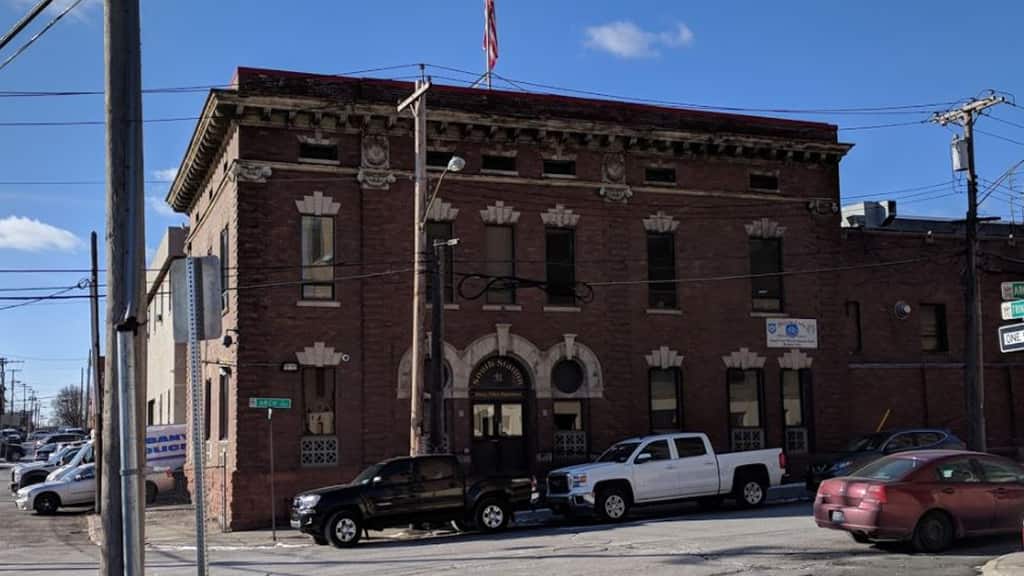 Authorities in Albany, N.Y., and protesters set up in a tent encampment outside a police station for nearly a week violently clashed Thursday when police tried clearing the area.
In a series of tweets, Police Chief Eric Hawkins said protesters had occupied a roadway in front of the Albany Police Department's South Station in what he described as an "unlawful occupation."
He said the department initially chose not to interfere in an effort to support freedom of expression.
"We have also heard the concerns from members of that neighborhood as well as officers & non-sworn staff who serve from the South Station.
He said protesters can continue to demonstrate in an area that is "safe and lawful."
Video clips posted to social media show officers and protesters clashing as the evictions began.
Authorities told the protesters they had 15 minutes to pack their belongings and leave, the Times Union reported.
Protesters began occupying the area last week after violent confrontations with police during an April 14 protest in front of the South Station.
In a news conference two days later, Albany Mayor Kathy Sheehan compared the riot to the Jan. 6 Capitol insurrection.
As a precaution, barriers were placed between a curb and the police station entrance this week.
CLICK HERE TO GET THE FOX NEWS APPOn Thursday, Sheehan said she supported the dismantling of the encampment.
She said the city has fielded complaints from nearby residents, including many seniors, who expressed fear for their safety.