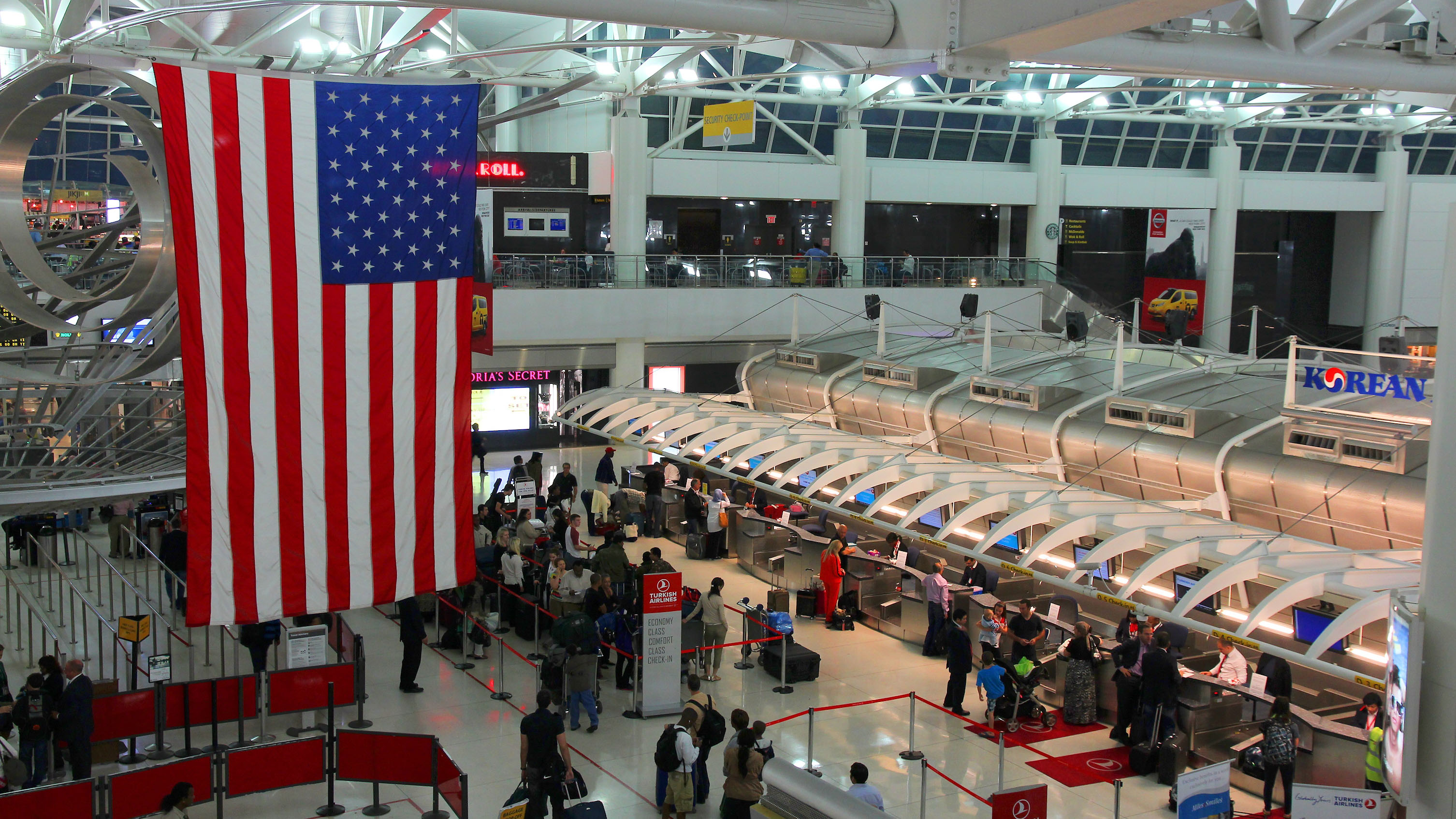 The three were released on $25,000 bond each after their arraignments Thursday in federal court in Brooklyn.
Two defendants' attorneys, Mia Eisner-Grynberg and Jacob Barclay Mitchell, declined to comment Friday; a message was left for the third woman's attorney.
Prosecutors said in court papers that the women were trying to board a Delta Air Lines flight to San Juan, Puerto Rico, on Sept. 22.
They had ordered a total of about nine alcoholic drinks in four hours at airport bars while waiting for a delayed departure, according to prosecutors.
A Delta security officer and a gate agent approached the trio in the jet bridge and asked them to exit, saying they could get a flight later in the day, according to prosecutors' court papers.
They said the women refused, one of them hit the security officer in the head with his two-way radio, another punched the gate agent in the face when the agent tried to intervene and the third stepped on the security officer's face as all three kicked and hit him after he fell to the floor.
The flight crew eventually pulled him behind some jet bridge doors and held them shut as the women lashed out at the crew, according to prosecutors.
AMERICAN AIRLINES PLANE DAMAGED BY PASSENGER AT HONDURAN AIRPORT WHO REPORTEDLY BROKE INTO COCKPITThe gate agent and the security officer were taken to a hospital and haven't returned to work.
"The extreme and aggressive behavior in connection with our air travel is out of control," Brooklyn U.S. Attorney Breon Peace said in a statement.
Delta Air Lines Inc. said it would work with authorities to make sure "this unacceptable conduct is held to account."
CLICK HERE TO GET THE FOX NEWS APPAirlines reported more than 5,000 episodes involving unruly passengers last year, including over 3,600 cases of people allegedly refusing to wear face masks as required.
Airlines and their employee unions have been pushing authorities to be more aggressive about criminal prosecution in severe cases of air rage.