This Hong Kong journalist won awards for her investigation. Now she's been convicted for her work 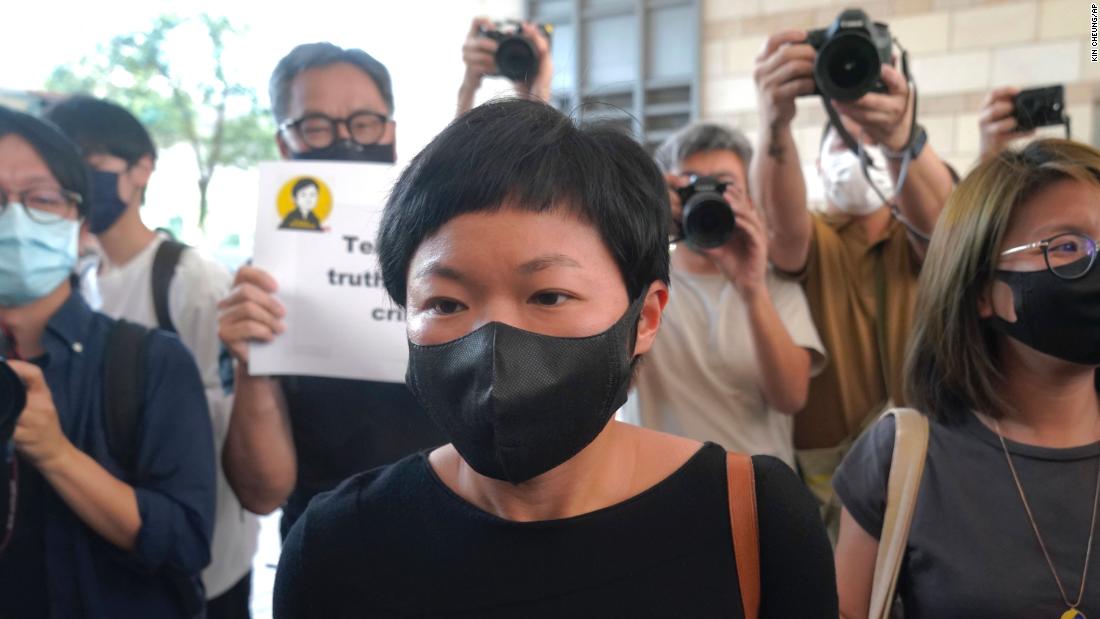 Hong Kong (CNN Business) An award-winning Hong Kong journalist has been convicted of providing false statements to access a database as part of an investigation into alleged police mishandling of a violent mob attack on pro-democracy protesters in 2019.
In a case that's been seen as a further blow to press freedoms in the city, Bao Choy was found guilty Thursday at Hong Kong's West Kowloon Magistrates' Court of violating the city's Road Traffic Ordinance and given a 6,000 Hong Kong dollar penalty ($770).
The charge carried a possible six-month prison sentence.
Prosecutors said the freelance journalist violated the ordinance because she searched the vehicle registration database while producing the documentary "Hong Kong Connection: 7.21 Who Owns the Truth?"
for public broadcaster Radio Television Hong Kong (RTHK).
Prosecutors said the ordinance should only be used for "transport-related matters" — and not in the course of reporting.
Magistrate Ivy Chui agreed, saying Choy's use of the database was not in line with what vehicle owners expected when they submitted their data to the Transport Department.
She said the government should not give out personal details of vehicle owners to users who do not use the information within the scope of what is permitted.
Source